I recently started working on some 120 scanning. I typically leave my XT20 on aperture priority mode when shooting 35mm with exposure compensation to +1. When working with 120 I have been taking 4 photos of each negative to pull out more detail, but I’ve been noticing the border of the image has a different white balance based on what quadrant I am selecting.

Yes, you absolutely should be locking shutter speed (i.e. shooting fully manually). When shooting manual, you should should around +1 stop vs what the meter is telling you. You want to make sure no direct light from your light table is being considered for exposure. 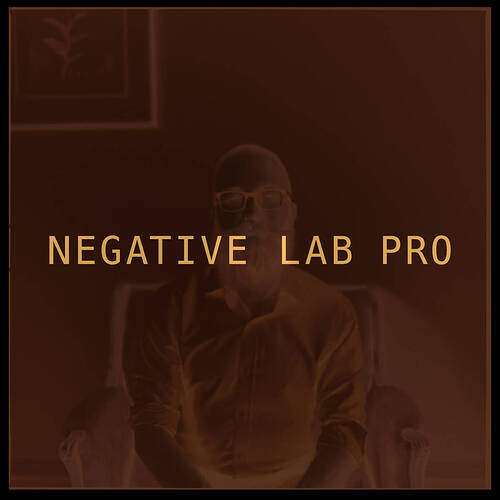 (see the section on “Capture Process and Settings”)

I definitely mask out my light source and try my best to shoot in complete darkness. Do you recommend shooting fully manual for 35mm or does it not really matter? I typically convert each negative independently.

Do you have any tips for the best way to make sure I am accurately exposing for a negative since all 4 shots will want slightly different exposures? Should I just go to the center of the image and set the exposure based on that?

I appreciate the advice on this.

It’s important that each frame of your photomerge has the same exposure, so same aperture, same shutter speed. If you set your camera to Aperture Priority that is very unlikely to happen so, as Nate suggests in his guide, manual exposure should be used instead. You can at least see what shutter speeds your camera is giving you for each frame on Auto and base your manual shutter speed on those. Nate also suggests in the guide that he links to that there might be “some small improvements by exposing about 1-stop higher than your camera recommends” so try experimenting with a slightly longer shutter speed than your camera is suggesting - though you are already dialling in +1 stop exposure compensation so that probably won’t be necessary for you. You might try a set of slightly different shutter speeds until you arrive at one that gives you the best results, just as you might bracket with any scene, except you’re keeping the same shutter speed for each shot of your photomerge, but I suspect that pretty soon you’ll settle on a shutter speed that works for you. It will vary depending on the film though, or at least it might.

Thanks for the advice, I’ll definitely how to mess around with finding the best exposure for each shot.

Actually, there is a way to avoid “messing around with each shot”. Firstly, agreed with other posters: Manual Mode for exposure; set the aperture to the optimum for the lens you are using (the narrowest aperture that avoids diffraction, then you can vary exposure with shutter speed; secondly, use a capture application that has a histogram. For example, because I am using a Sony camera, I use Sony Remote for tethered capture with a laptop. It has a histogram; while the histogram may not be totally accurate, it is at least of indicative usefulness. As indicated, I may make one exposure that just avoids highlight clipping and a second exposure that avoids black clipping. Then I use PhotoMerge>HDR in Lightroom to blend the exposures. The resulting .dng HDR exposure is usually very workable in NLP. If occasionally not, I can select the better of the other two, as they remain available notwithstanding the blending.

Yes Mark, correct me if I’m wrong but I think you might not have noticed that the poster is doing a 4 shot photomerge of a 120 negative, hence the problem that the camera was ‘reading a different part of the negative’ and coming up with slighly different shutter speeds. I think that making each one of these ‘HDR’ would be too much of a complication at this stage. I don’t actually get the impression that the problem was excessive dynamic range, just that each exposure was slightly different due to the use of aperture priority. I absolutely agree that for capturing a single frame in camera your method would work well.

I may have totally misunderstood but I think that was the problem that Nate was addressing as well.

Yes, I know it’s 4-shot photomerge. He needs to set the camera to Manual exposure. Then the camera won’t set anything. That is the basis of the procedure I recommended. Choose the optimal aperture, then if the DR of the negative is seen tio exceed the DR of the sensor, make one set of shots at one shutter speed that avoids highlight clipping. Make another set of shots that avoids shadow clipping. Then do an HDR photomerge of all of it. Or step-wise, first photo-merge each set of 4 then do an HDR merge of the two sets of merged *.dng files.