I add metadata about equipment and film. Unfortunately, sometimes I don’t know the film brand / name. But I could still add the DX number to identify the film latter.

The DX number can be either: 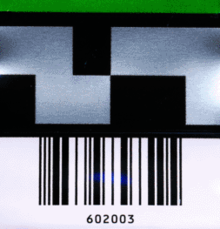 The DX number was assigned by the International Imaging Industry Association (I3A). It uniquely identifies the type and manufacturer (sensitizer) of a film emulsion. A proprietary list of DX numbers for APS and 135 film was prepared yearly or as needed. (DX Codes for 135-Size Film, 2004, I3A; last edition was from January 2009). The list was available for sale from the I3A. A DX number has two parts separated by a dash: the "combination code" also known as "DX Number Part 1" followed by a "spe... 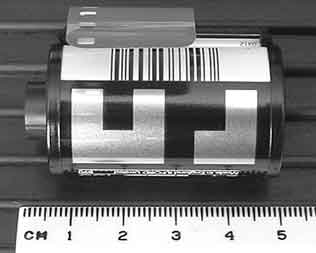 DX (Digital indeX) encoding is an ANSI and I3A standard, originally introduced by Kodak in March 1983, for marking 135 and APS photographic film and film cartridges. It consists of several parts, a latent image DX film edge barcode on the film below the sprocket holes, a code on the cartridge used by automatic cameras, and a barcode on the cartridge read by photo-finishing machines. In order to simplify the handling of 35 mm film in 135 format Kodak introduced the DX encoding method on 3 Janua...

I would love to have a free “DX number” field in metadata. I think it’s important to guess the film name later when we didn’t shoot at the complete tool with the sprockets holes. In the meantime, I guess I’ll put it in “Gear Notes”.