Skin Tones Red in the Shadows

I’m a relatively new NLP user, and for the most part I think it’s fantastic! However after a few different rolls of film I’ve noticed a recurring effect of red casts on skin tones, especially in shadows.

I can work very hard with the sliders and get the skin tones sorta better when this happens, but it seems much harder than it should be. What I’m not sure of: is this just a fact of life with color negative film? Or am I doing something wrong?

The example shots below are on Fuji Superia X-TRA 400sp, not expired, and shot at box speed. Lab developed.

Check out under the hat brim in this one: 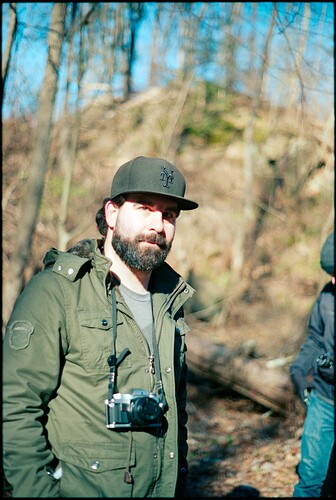 Anyway, let me know what you all think! Thanks in advance.

Here’s a second example. Not a great shot but very illustrative of the issue. The sunglasses were red tinted in real life, but the skin on the face in the shadow definitely wasn’t. 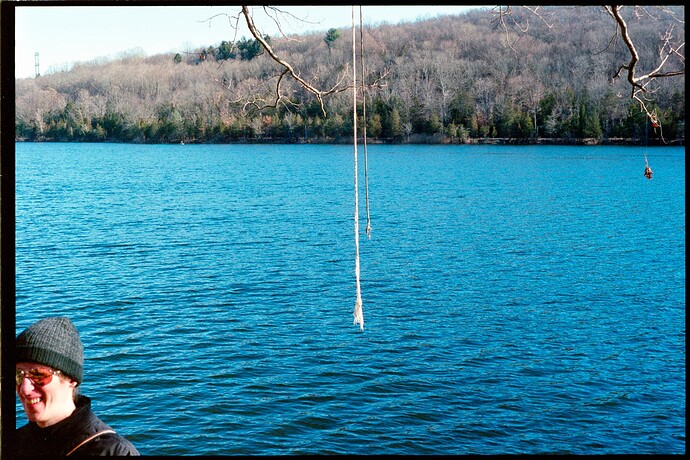 Hi. Thank you for posting and sharing the challenge - its rather tough to identify “root cause” as there are many variables. On the monitor I’m using there seems to be red/magenta in the khaki jacket and in the background - whether its film, processing, analogue to digital, each would need to be unpacked. You could try shooting a target/ profiling device to pull some of the variables under control. In the meantime you could correct the perceived error by adjusting red curve or using app like 3D Lut and dragging the reds out to a point where youre happy. Im not sure this helps - but hope it does.

Can’t say for Fuji Superia X-tra stock, since I have no experience with it, but I have the same experience with Ektar: skintones in shadows areas are having reddish tint. It’s well-known behaviour of an Ektar. I made some tests and discovered that shooting Ektar 100 on EI50 (one stop over the box speed) reduces the probability of reddish skin, but increases chance of highlights being washed out of details and contrast due to shifting skintones to shoulder from linear part of the sensitivity curve.

Also, I never experienced issues with skin tones on Portra 400 being shot on EI200 or even EI100. If shot on EI400, than there is a risk of muddy colors in shadows due to underexposure, so I never shoot it at EI400 nowadays.

This is based on 135 and 120 formats film, scanned on Nikon Coolscans 4000/8000 as positive and inverted in latest versions of NLP.

The new masking features in Lightroom make it much easier than was previously possible to isolate particular areas of a photo for custom treatment, but just beware that the tone and colour controls work in reverse because the original media is a negative converted to positive mainly by curve reversals.

All, sorry for the late reply. I also cross-posted this question on reddit and got some good answers. Long story short, I was underexposing with my DSLR. Downloading a linear camera profile allowed me to see this. Also it sounds like this is a tendency with Superia, especially if underexposed. I think these shots were underexposed a little, next time I may try rating at 320 or 200 and see if anything is improved.

Totally agree, I’ve never seen this issue with Portra. This was my first experience shooting this cheap Fuji film - also I think the shots were underexposed a bit which may have played a role.